“And” is a word that we don’t often think about.  It is quite powerful

Let’s start by looking at the following examples

“I really liked your presentation, but I think you could make a few improvements”

What do you take away from that statement? Do you think you would walk away thinking “boy, that person really liked my presentation”? Or would you be focused on the fact that they think you need to be making improvements?

“I totally get why you’re upset, but I think you could have approached it differently.”

Again, do you walk away feeling validated, absorbing that first part of the statement, “I totally get why you’re upset”? Or do you mostly hear that second part, that you should have done something differently?

“I’m sorry that you’re angry, but I was just trying to help you.”

Do you hear the person saying that they empathize with your anger, or do you hear that you shouldn’t be angry because they are just helping?

Why is this happening? What is making it so that we only see the latter half of these statements, each of which begin with validation and encouragement? It’s that tricky, tiny little word in there: but. “But” is a remarkably powerful word, because it has the ability to undercut anything that came before it. If you google the word “but,” the first thing you will come across in the google dictionary results is that “but” is: “used to introduce something contrasting with what has already been mentioned.”

This means that the presence of a “but” signifies that the next thing we are going to say sits in contrast with what we already said. That makes it pretty hard to hear the first part

For many of us, we use these “but” statements with great intentions. You may wish to tell your co-worker that you liked their presentation, and may only be giving the feedback that they requested. You may genuinely want to validate the feelings of a friend or partner while also clarifying your own thoughts. However, that one word in there – that “but” – can make the feedback lean so heavily on the criticism or contrasting statement that it almost wipes away the validation that you started with.

Thankfully, there’s an easy swap. Another tiny word: AND. Try either of those previous statements, only instead of saying “but,” say “and”

It’s still feedback. It still might be hard to hear.  It allows for both statements to be true; that is, that you can like a presentation AND still see improvements to be made, that you can validate a person’s feelings AND give them feedback about their behavior. It allows for the two statements to not become mutually exclusive.  Also, it can be done in the vast of majority of situations where you might say “but.” When you want to split your statement with a “but,” try swapping out an “and” instead.

I know it’s a tricky and nuanced little switch, but I hope you’re willing to try it.

I know it’s a tricky and nuanced little switch, AND I hope you’re willing to try it. 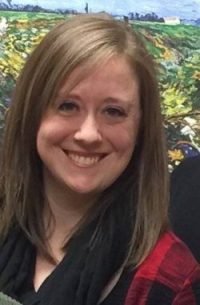 Dr. Burke is a Psychologist at Hope Springs Behavioral Consultants. Her theoretical orientation is Existential-Humanistic. She acknowledges the inherent struggles, difficulties, and hardships of life. However, her approach also emphasizes the incredible ability of human beings to endure these issues to lead purposeful and intentional lives. Basically, she believes that life is hard, but humans are amazing. (We think she is pretty amazing too.)